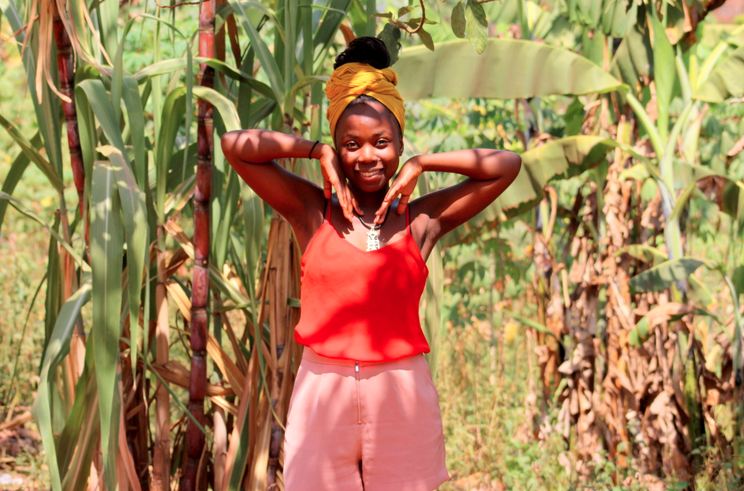 My trip to Uganda for the first time since I was 6. We landed in Entebbe at midnight after almost 18 hours of travel. At some point during the flight, my sister gave me a nudge to look down and there was Egypt, right there beneath everything. There it was? I was officially in homeland territory and my heart warmed up. I do not know how to explain it either than the feeling of going home, to your roots, to your haven, to your origins.

When we landed, the first thing that I felt, was warm air that required us to remove our winter jackets and feel the thick yet breezy night warmth. The weight was lifted off. There were people waiting for us and one by one, they embraced us and I tried not to cry because my emotions where peeking high! I had never seen so many people like me in one place in a long time and it felt so weird and amazing at the same time.We drove to where we would stay and I was looking outside for any impression I could get even though it was as dark as it could be. I saw deemed lights far away, big cars and people walking on the side of the road. The radio in the car was playing music which was familiar but different. Its hard to explain but finally,  I was home.

Uganda is such an amazing country! It is so very green and the people are so beautiful and calm. I guess I was romanticising everything but the worst this can do is balance out the unfairness shown about Uganda/Africa.

Our first activity the following morning was to enjoy a meal fit for royalty. We were served warm food in the morning and this is something hard to get used to at first but once I returned to Denmark, I ended up missing it a lot. After a while, I started opting for the freshly sliced fruits followed with chapati! I love chapatis. It is the only ‘unhealthy’ item I could never feel weird to enjoy! Like never!

Okay, let´s do a recap because if I was to write in detail about everything, I would need to find a publisher :p

The Ugandan people are mixed in different tribes which is often hard to tell by just looking at them but you can sometimes hear who is from which tribe. There were also a lot of Indians and some white people. The people are hilarious, you can walk by any place and you will catch something that makes you laugh or smile. There seemed be a sort of lightness and friendliness in the way people interacted. A sort of hakuna matata’ness? There was also the way people walked, the way they carried themselves. My sisters and I noticed how everyone moved with such straight posture,. there was a sense of pride, grace and elegance. I wanted to take this with me back home, so while there, we practiced. “Butt up and head high!” we would remind each other when slacking.

We also got a cultural experience where we were entertained by dancing, singing and culture lessons at the Ndere culture center! It was such a FUN experience and I would definitely recommend it if you are ever in Kampala! 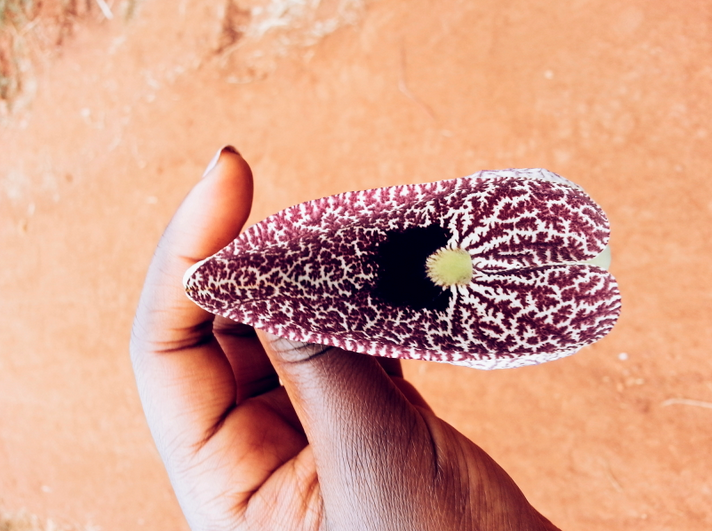 Uganda has a diverse landscape and you would need more than two weeks to be able to enjoy it all. What I loved the most was the green all around. It was so bright and real? My grandmother took me around her land and we saw so many different types of fruits and plants, she had such great knowledge of her nature and what the different plants were used for. I am my grandmother´s granddaughter because while she talked I knew that my future must be filled with the same sort of knowledge and wisdom. Coming from Copenhagen, I was drawn to the wild and untamed nature in which Uganda was embraced in. In Denmark things are really ‘organised’, and ‘neat’ which is great but it lacks,.. nature? Being in Uganda, gave me a taste of that and a feeling of being grounded from the cinnamon coloured sand that would brand every inch of you during a day out. Nature is absolutely one of the things I will be coming back home for !:) 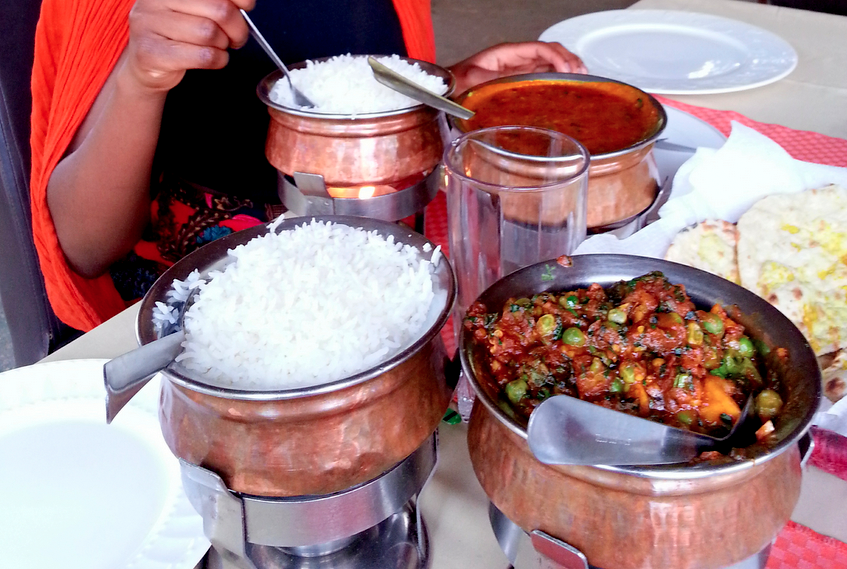 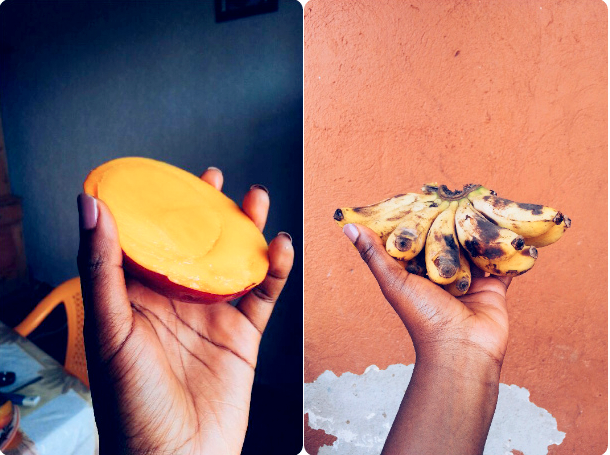 As a plantbased being, I was really thrilled with the amount of choice offered in Uganda. There were food markets on many many corners and you could get sugarcane or sliced mango to go as a fast food choice- Carbing up was definitely not a challenge in Uganda. We were invited out for dinner often and the meals were always so big and so joyous and so were the options. Like I mentioned before, a lot of our traditional meals are plantbased so I was in heaven 🙂 and so was my tummy 😀 The fact that things were natural and with minimalistic ingredients and usually organic was a huge bonus! People also love love their food there. When we would wander around in town and fall hungry, we would want to go to a restaurant but were often told that home is where it was at and the food was often better at home. However, when out, we tried some Indian places and some were actually pretty good as well. But for sure, home food was the bombest 😉 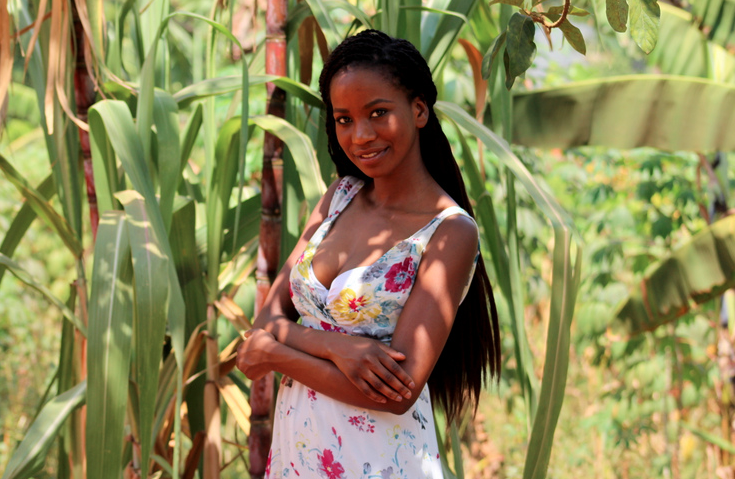 If ever in East Africa, go say hi to the Green Pearl of Africa.

Previous Post: « Paris, Rome and Back Home
Next Post: An African girl’s body in a European country »