Last weekend I got invited to join a friend and family member to Salvador for a few days. I was going to be exploring a known city with fresh eyes. Perfect. Whenever you visit somewhere you´ve been with someone new, the places themselves become new. You understand the place from their unique, intimate and personal perspective.

Having lived in Salvador for some years, my friend’s perspective was not only personal but also really enchanting. The thing is, I was under the impression that I could never live in Salvador until a few visits back. I love our farm life and the slow-pace of living almost 1:30 hours away from one of Brazil´s biggest cities. However, as I get much familiar with the smallness of where I currently am, I am also becoming more appreciative of the options afforded when you do trade in a few serene farm sunsets to ones at the beach shore with vegan treats just corners away and an endless amount of entertainment options. I might not be about that life 24/7, but a few hours a month I imagine could do the soul some good. 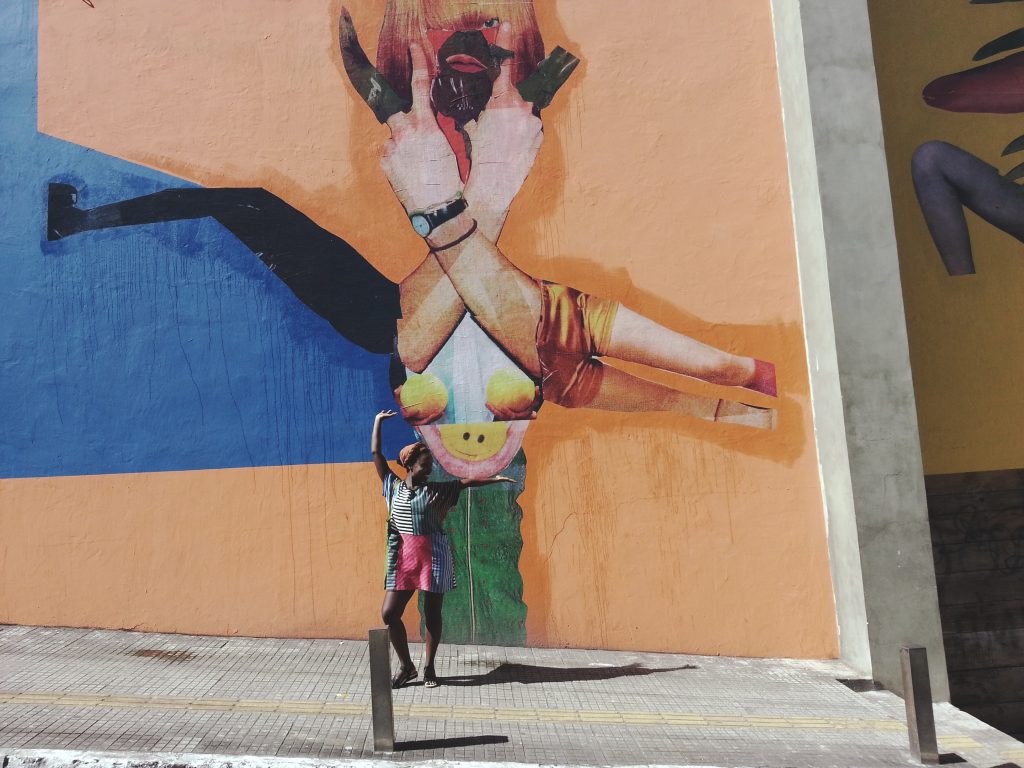 We left for Salvador early Saturday morning, first thing planned was a lunch rendezvous with my friend’s friends which in true Brazilian style turned into an all-day rendezvous, but I it was all worth it. One of the most interesting things about the eclectic group was that apart from me, all the girls had a degree in psychology! What do you get when you put 6 psychologists together in a room? An open forum to talk about ANYTHING, since you know, they have either heard it all or read it all. So that´s exactly what happened – We had a meal prepared by one friend who was a vegetarian making small steps towards her vegan transition. She prepared a delicious Japanese curry, rice and vegan brownies with ice-cream. While, like everyone else, it can feel quite intimidating meeting new people, in this setting, however, as the wheels got going, and the subjects became bolder than just small talks, it became such a comfortable and informative setting. Beside having graduated as psychologists, I was also amongst a new mom with the sweetest little boy, a modern day witch, a self-proclaimed fake Virgo, a classical music singer foodie and a fellow Taurean Ph.D. student who taught me something new about my fellow Taureans: We also come in extrovert. 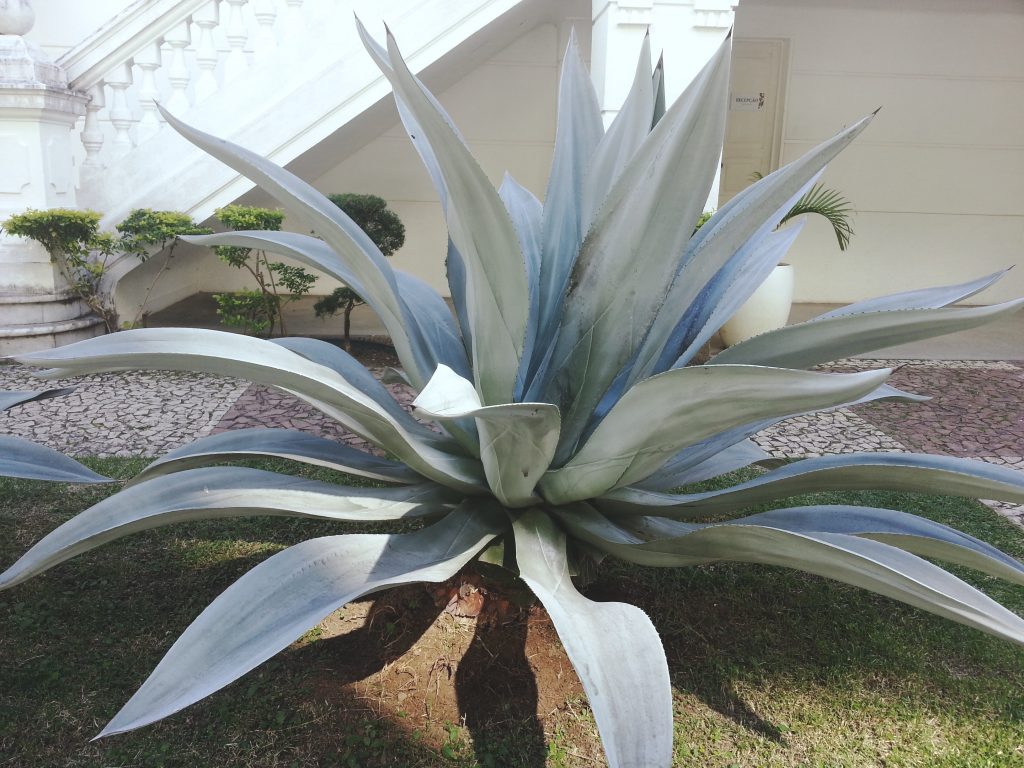 All in all, I left the exchange feeling excited about this side of Brazilians and especially this alternative and diverse side of Salvador.

Now let´s rewind a little back to that morning when we had just arrived in Salvador at around 9 am. Freshly off from the highway, I was craving my first vegan treat hit- We stopped by Healthy Valley and visited their bakery which was just about open and smelled divine from all the newly baked goodies I could gorge myself on, in true Taurean fashion! The universe is good.

We had a sweet pineapple cake; DELICIOUS! and sided it with something savory in the form of meat-pie-y treat which was also soo good! So when lunch was delayed later at that rendezvous, guess who wasn´t bothered,…guess…?

On Sunday, we had a simple day planned; go eat lunch at a restaurant my friend´s friend had recommended the night before, go check out a Frida Kahlo exhibition at the museum and see some more people as the evening drew closer. Simple.

For lunch, we visited a restaurant called Shanti, which is an eclectic restaurant that features a new menu every week themed from Asian cousin to African. We were offered some sweet herbal tea on arrival, a collection of small and beautiful meals which turned out to be more filling than I had assumed at first glance. 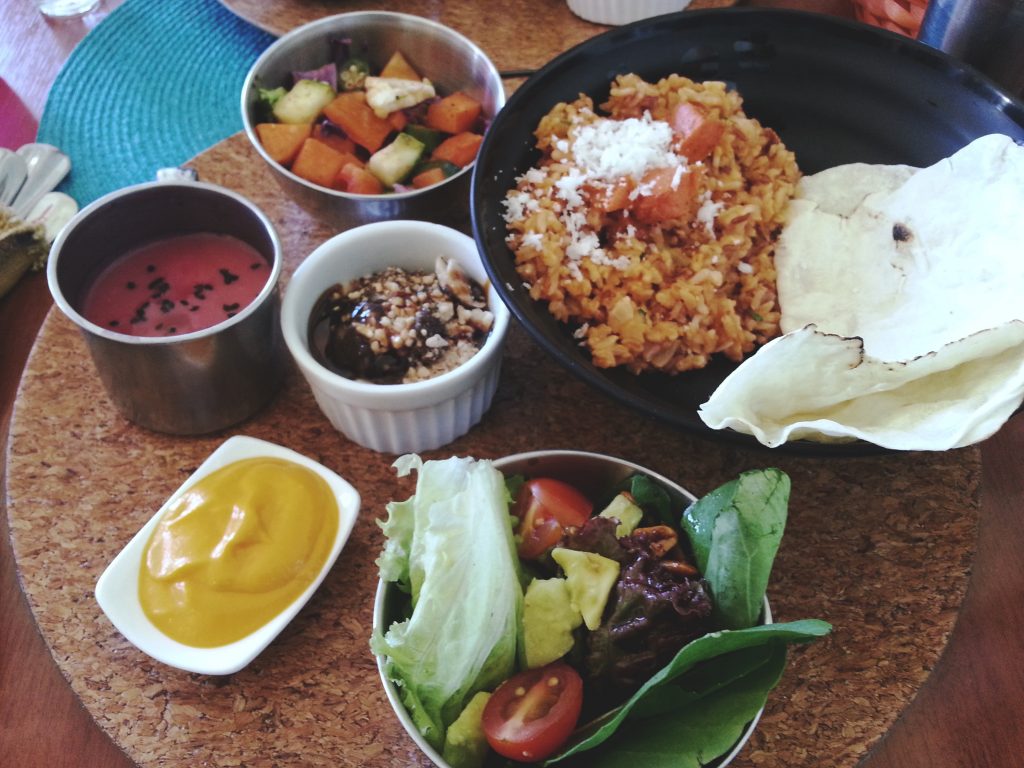 When my eyes were much larger than my stomach. The restaurant was so very beautifully decorated, with enchanting paintings and trinkets, and the sea view didn´t hurt either if I must be honest. The food was vibrant and the customer service was quite positive. 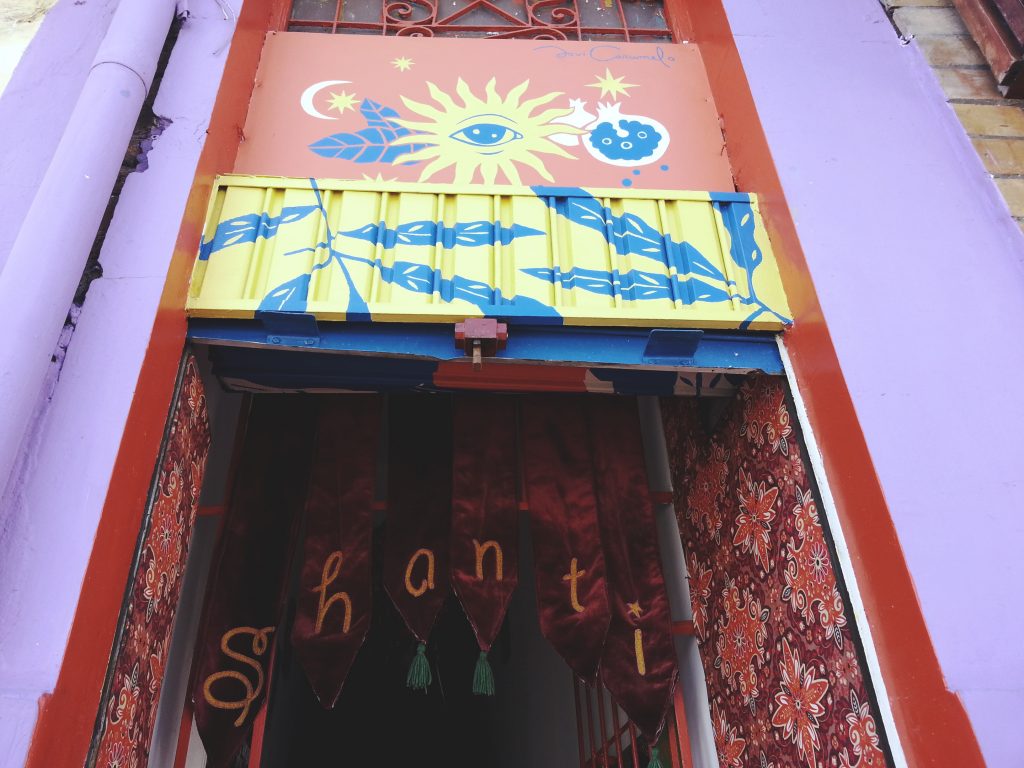 I would definitely recommend and I am already excited about going back for a second round when their menu visits another vibrant cousin. One thing I will add, however, is that even though we ate there on “African week”– the only thing I truly identified as African was the jollof rice which was delicious – but then again, I haven´t eaten everywhere in Africa so how do I know? Also, even though we asked for a vegan option, my naan bread, as feared from every Indian food loving vegan, was spread with ghee. When I asked the lady where the butter was from, she said that it was from a cow but reassured me that the lactose had been removed from it… I just kindly asked if I could have a new one without any ghee and decided I was too hungry to explain the difference between being lactose intolerant and vegan. It was Sunday after all. 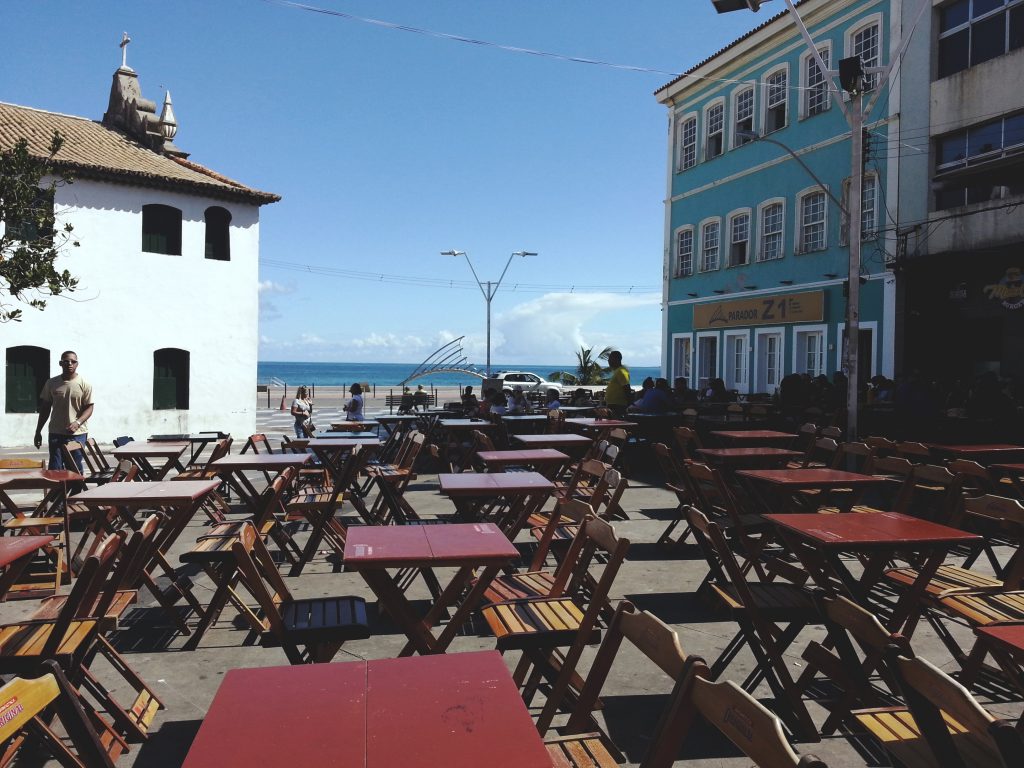 After lunch, we wobbled over to the Frida Kahlo exhibition, which was merely pictures about her life and not so much her artwork but was still very intriguing since you know #fridaisartlife. We also managed to check out an exhibition featuring work from the Fine Art school of Salvador before leaving to meet another friend for ice-cream/ acai and good talks about the ideal retirement scenario and the scary thing about moving abroad and leaving all you know and love behind. 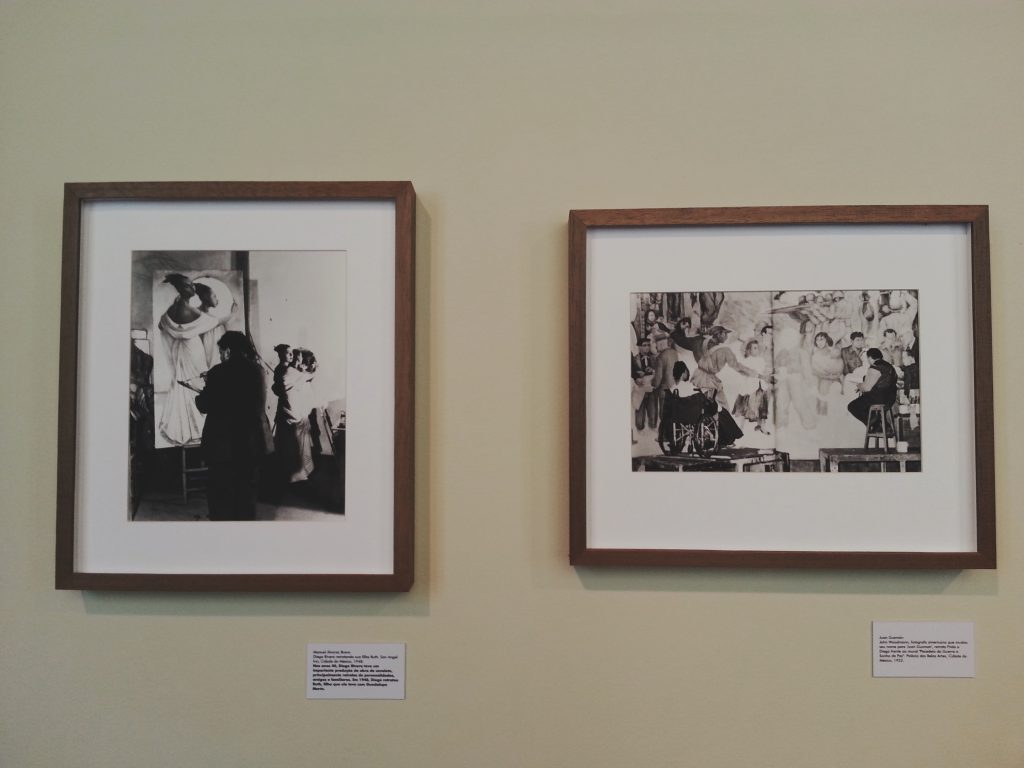 With cold treats in the belly, a walk around a crowded avenue with music, little food stands and small businesses, we headed home.

In the wee of the morning on Monday, we made our way back home, revived from a weekend well spent and were even blessed with such beautiful sunrises and scenery. 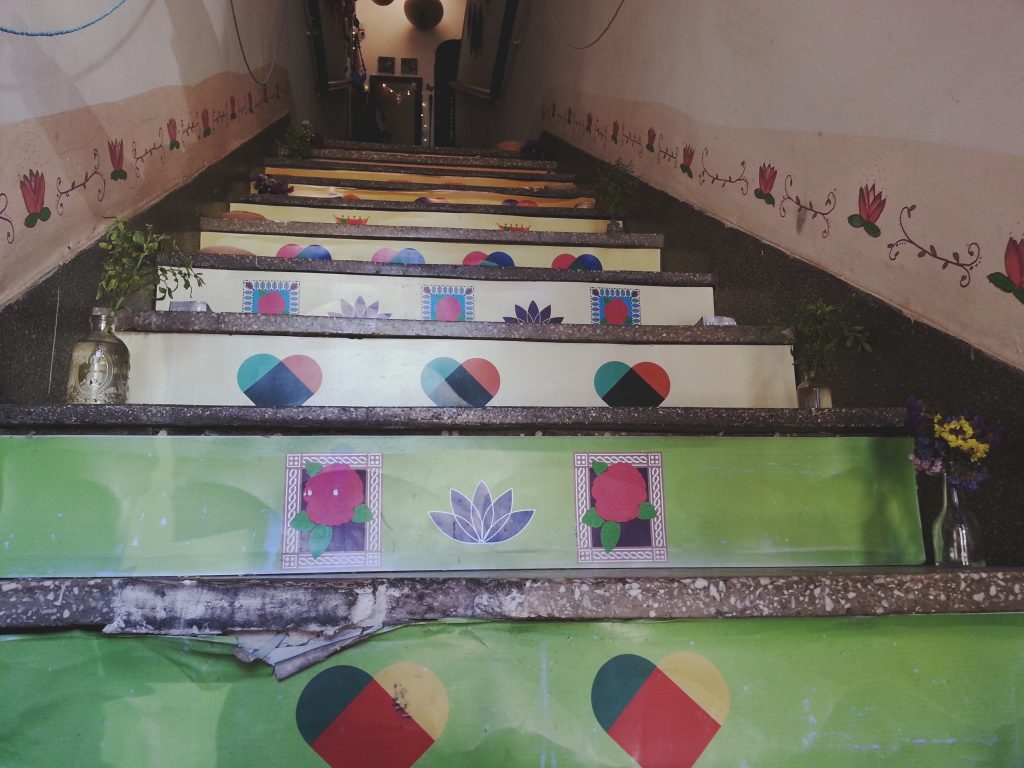 Last weekend was exactly what I needed…thankful

Affirm : “I welcome adventures and opportunities of joy into my life at every corner.”

Previous Post: « J U L Y : A Love and Wish-List
Next Post: Detangling others energy from yours »