“Being highly sensitive does not at all rule out being, in your own way, a tenacious survivor.”
― Elaine N. Aron, The Highly Sensitive Person: How to Thrive When the World Overwhelms You

Most of my journey as an HSP with the identity of being a black, African woman has been validating my own experiences. Even when society challenged or ignored or felt that a black woman could be anything but sensitive or a soft being, as I would like to call it. We were made to be hard in order to face our often times hard realities and even though life doesn´t get any softer for soft black beings, there has been some softness in accepting that, as part of my identity. Also, to include that that doesn´t mean you are weak even though you are allowed to be weak, that you are still resilient and capable of overcoming harshness.

If you are feeling puzzled, perhaps I should start with clarifying a little about what it means to be an HSP. One great resource that aids in the understanding of HSP is a website by Dr. Elaine N. Aron who has been a big contributor to the research concerning HSPs. On her website, you can not only learn more about hsps but also take the test to see if you are one. Finding such resources has been so crucial for me on my journey because often, depending on which culture or environment you are raised in, being an hsp can sometimes feel like a curse. It can spark traits within you that are labeled negatively within society and therefore make you internalize that negativity. However, as you learn more, as you find more community around this experience in life, you tend to not only understand yourself better but also become less judgemental towards yourself and how you NEED to navigate your own life. 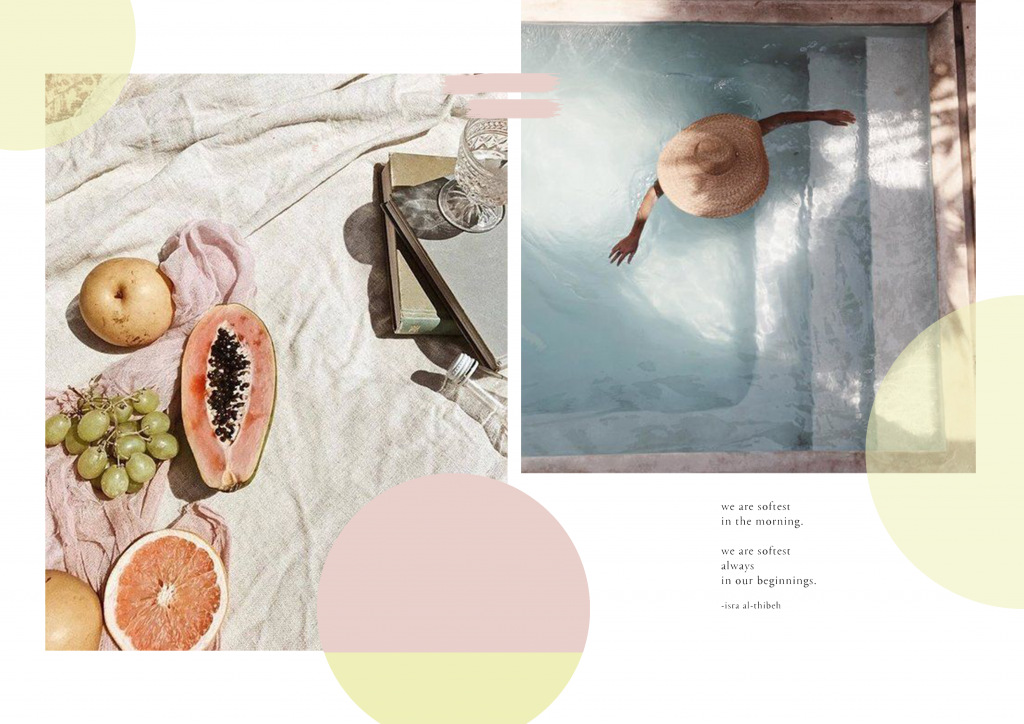 On my own journey as an hsp, I started thinking more about other black/African hsps, the ones I could now spot out through my own understanding, the ones still in the mess of trying to not be who and what they are. As previously mentioned, the world can be a rather harsh place for black people in general, but god-forbid you also happen to be a very sensitive one at that. During my own upbringing (which thankfully for this particular subject, a good part of it took place in Denmark) it has been interesting navigating as a black hsp. My family had long accepted the presence of tears during commercials, movies or even sometimes music if I really felt moved. Tried to be understanding how easily affected I was by certain things.  Yet, none of us knew why, except that, that is just what I did? And I assumed everyone was also like me, except they were much better at handling life? They could contain themselves better than I could. My feels and emotions just always seemed to spill over, through my eyes and face and body expression.

One thing that can really throw off an hsps development is the kind of childhood they had. Hsp children who had very traumatizing childhoods tend to struggle even more as adults; landing into depression, anxiety, perfectionism, codependency, eating disorders and other coping mechanism geared towards remedying or fixing themselves/others in order to find love, comfort and belonging.( you can learn more about HSP and complex trauma here). Now in all of this, we are merely discussing the average HSP not adding the complexity of identity when it comes to race, sexuality or even economic standing and other environmental factors that affect people of color.

Often in our homes, black/African homes, there is barely space just to be as we are, but when we add other forms of “specialness” where we might need extra understanding, care or presence as children, it becomes even more challenging. Especially if your own family sees your sensitivity as something they can shame you out of or force out of you.

I think about this in regards to our black boys too, our sensitive black boys.. When I was in Brazil, I met a family member of my partner, who was just the gentlest, softest and one of the most sensitive beings I had met there. He loved animals, smiled easily, spoke softly, had a little predictable routine envolving walks around the farm at sunset with his fluffy cats following him, singing or talking to himself. Processing life in his own way. That is what I saw, he had many of the traits that an HSP would have; he was very intuned with the present and could easily pick up on cues; the good and the bad – easily stressed and overwhelmed. I felt for him in this big and very extroverted, hectic and often loud and joyful environment we all called home in Brazil. Only the other sensitive people in the family would describe him with understanding and even sometimes appreciation. While for many, there was something wrong with the boy, “He was too shy, too special, too folded within himself, too alone and he needed to change!” These sentiments broke my heart for him, because there wasn´t much wrong with him except for not being like what his environment valued – and I feared how that would make him see his own value as a person. Had my Portuguese been any better I would have told him all this and more. But instead, when it was just us on the farm, I would smile with appreciation at him as he took his walks, if I made food, I wouldn´t force him to come to the main house and eat with us as was often the tradition, instead I would take his food to him or let him know there was food and he could eat whenever he wanted. That we were going to watch a movie or start a bonfire and he was welcome to join if he felt like it and sometimes he did but other times he enjoyed his solitude in peace and bliss. I understood that. I saw him.

Sadly, that is often not the case for the environments where little sensitive black boys and girls grow up, where the houses often are filled up with beings still healing or stuck in pains. Where loudness is the preferred volume and the need for boundaries or privacy as a child is seen as a form of disrespect towards your caregivers. Where you are an extension of your parents and codependency is encouraged and accepted. Because you can have no peace of mind if your parents are anxious, angry, toxic or stressed. 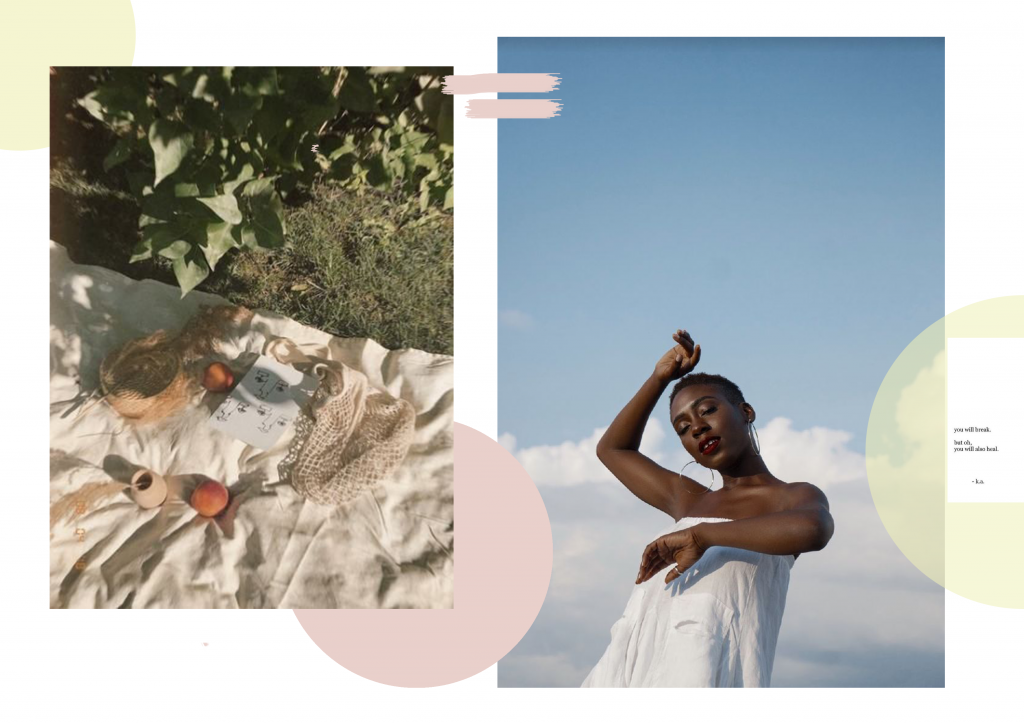 I feel as though that has been the hardest part; accepting and implementing what I have accepted about myself into how I navigate the world and knowing that it is alright if I want or need to take things slower, even against my own very sometimes critical mind. It is okay to not check off everything on the list I thought I could get down simply because something happened in the morning that totally threw my energy off and that I need to make space to process. It is okay to seek comfort and to only dare to dare when I have acquired enough of the comfort I need to feel less overwhelmed. It is okay to be picky about who I spend my time with and for how long, okay to cry because it is another way of releasing when feeling overwhelmed. Most of all, I am, you are okay as you are, worthy of love and embracing as you are. To remember that soft, gentle, delicate, and sensitive are also black things.

It´s also okay that not everyone is going to get it or make space for it or care or accept, but that just you knowing and understanding and making space for yourself, will be more than soothing enough. That it is a blessing to be so engaged with life, even in subtleness. Your awareness is a gift. Once you figure out how to work with yourself instead of against yourself, you will truly feel what a blessing it is.

In my next few posts, I would like to explore more about blackness and sensitivity because there is soo much to say and share! Until then, my soft ones, know that you are not alone, that you are an important part of our community because you feel where the hurt is so deeply and you live like carnary birds in the coal mines of our homes; detectors of danger and pain and eager to find healing. Healing and soothing that not only you need but our communities too. So, feel on, (cry on if that is what is needed) and may life always remind you, through the soft pedals of the rose and the delicate wings of the butterflies and the soft sounds of hidden rivers, that this world was made to thrive from the balance of everything sturdy and hard and all that flows and soothes. Being you, knowing and accepting you is how you celebrate and give back to that balance.

With love, courage, and softness

Previous Post: « When life gets hard – get softer: Depression (Better days #1)
Next Post: To succeed without “hustle & grind”? »